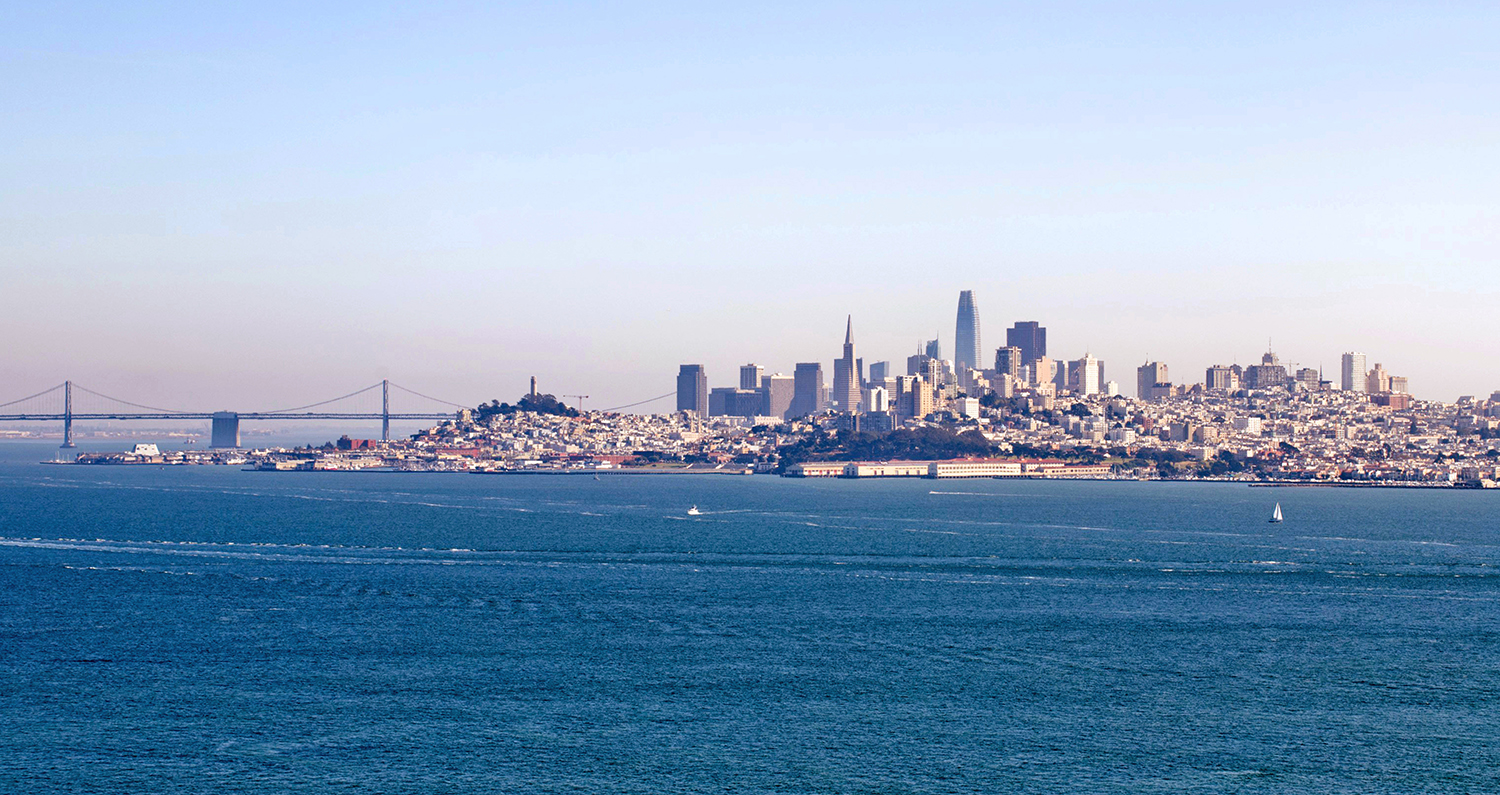 Touch down in San Francisco and the beginning of our West Coast roadtrip. Excitement, joy and a small childhood dream in me will now become reality. Who wasn’t a fan of The Hills and dreamt of the American lifestyle at high schools? Absolutely guilty. All the more I was happy that I was finally “forced” to my happiness. A spontaneous invitation to get to know San Francisco in autumn was the perfect opportunity to do a West Coast roadtrip afterwards. Finally the invitation of a dear friend, who I know from the Master, to LA and experience a lot American roadtrippin’ . Together with Julia I will be on the road for the next two weeks. 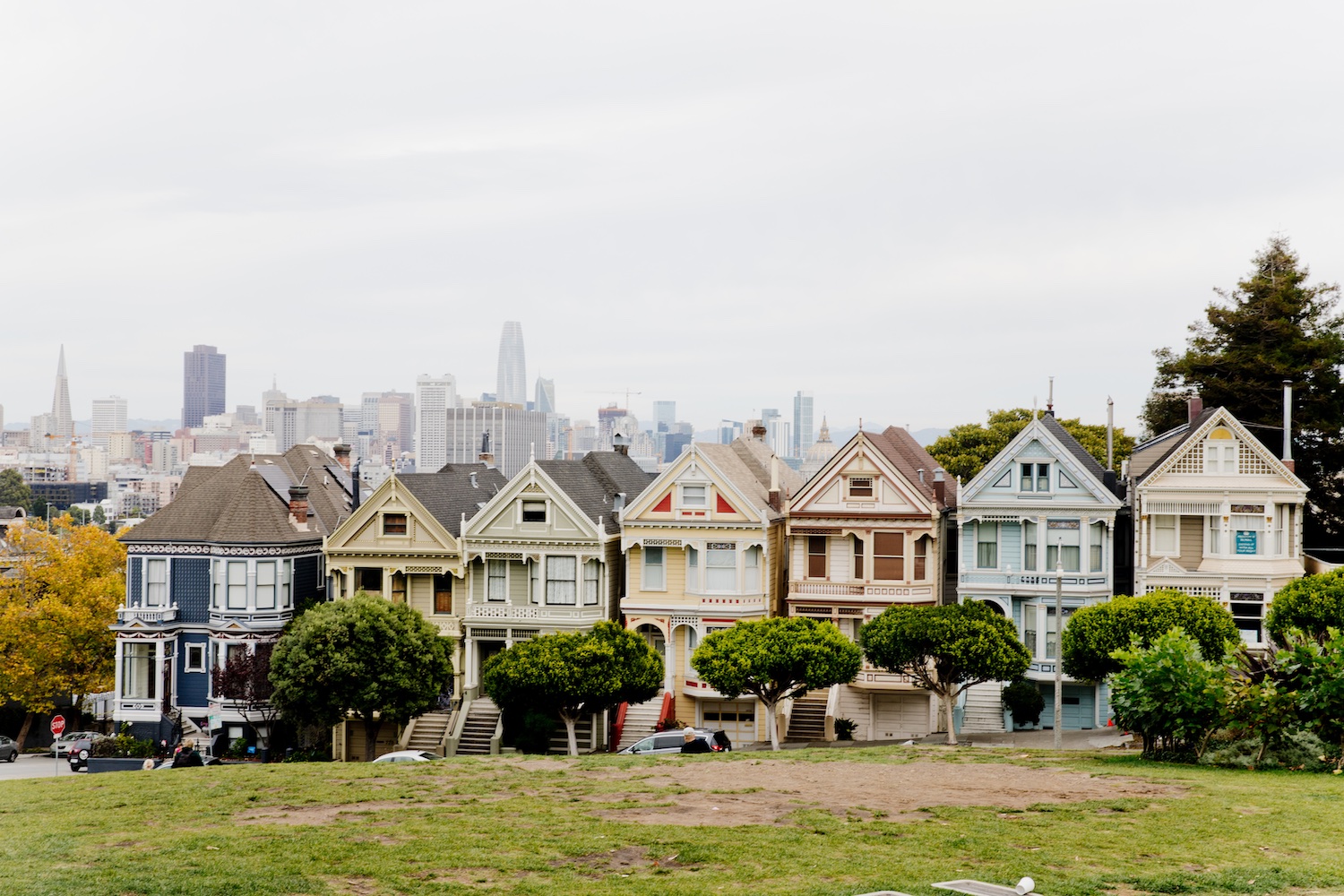 We’re going to take you daily on our trip and of course, there are all stages and recommendations afterwards. For the short time we have planned such a crazy route. Amandine recently said that we won’t be able to do that. They did our route in two weeks – we only have one week after San Francisco. But – Challenge accepted! 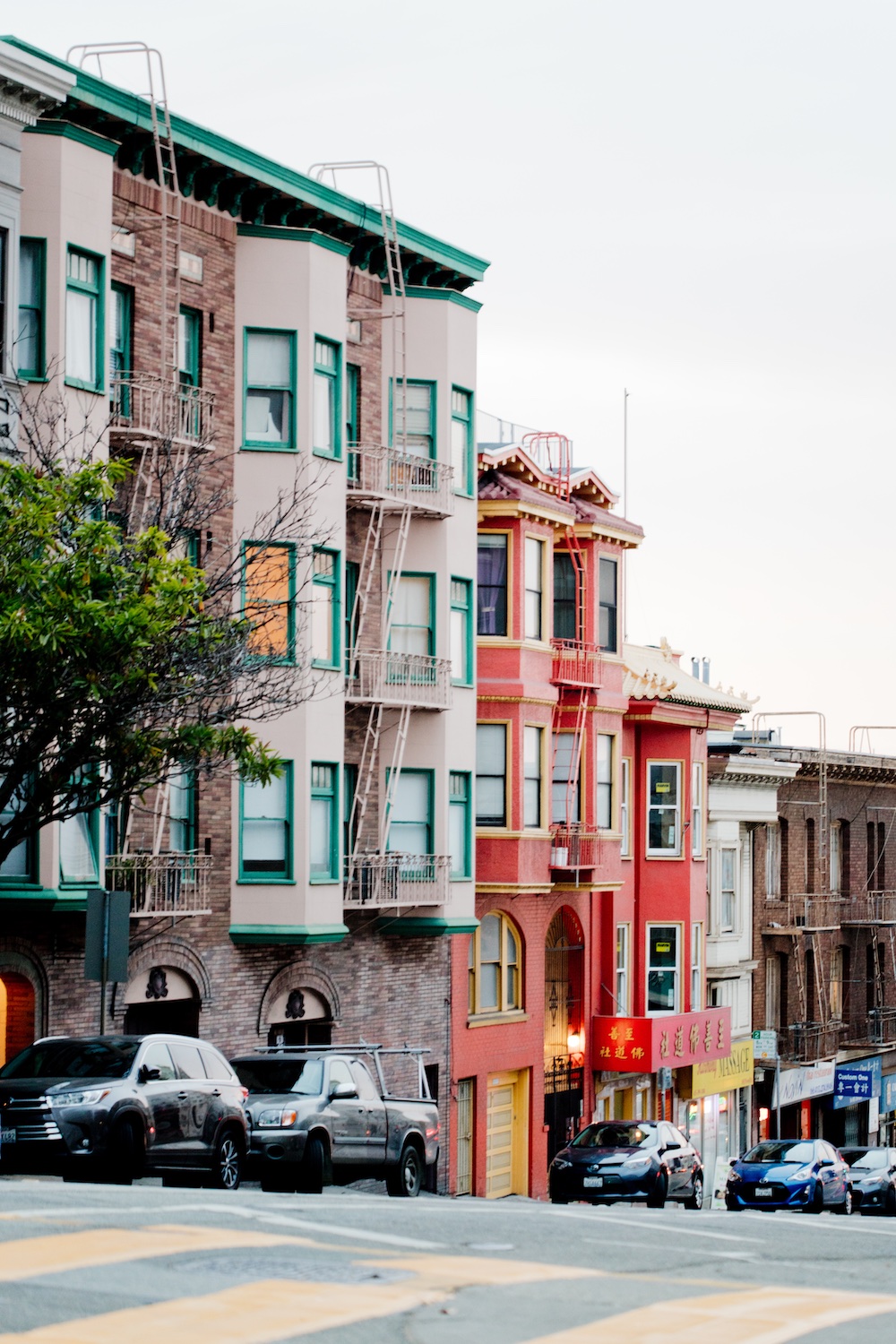 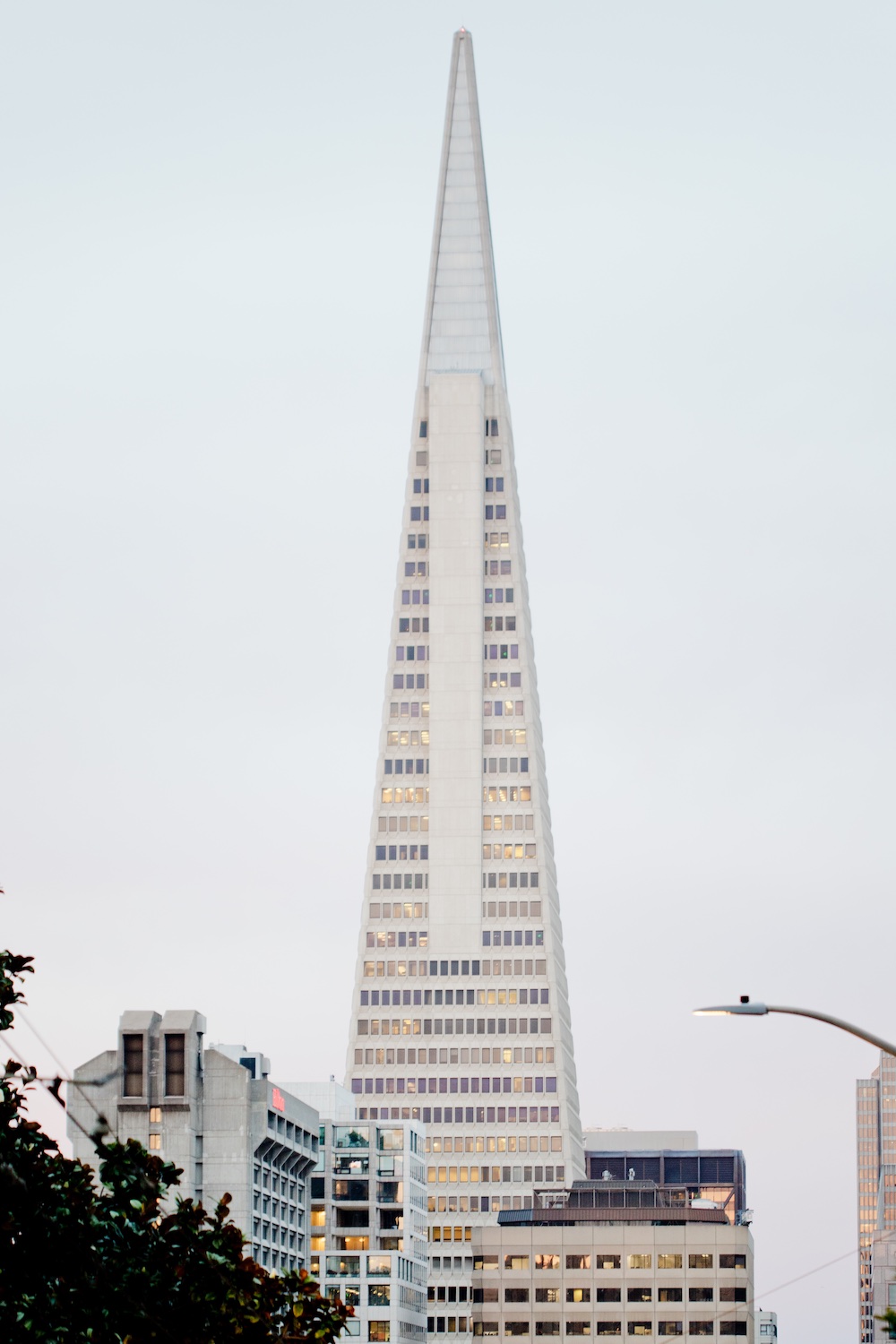 The West Coast Road trip preparations for the USA ran smoothly this time, because we had hardly booked and planned anything. We planned enough time for San Francisco, because all my acquaintances thought the city was great.

I knew that some things had to be done in time for the USA (of course I managed to organize everything again just before it happened). 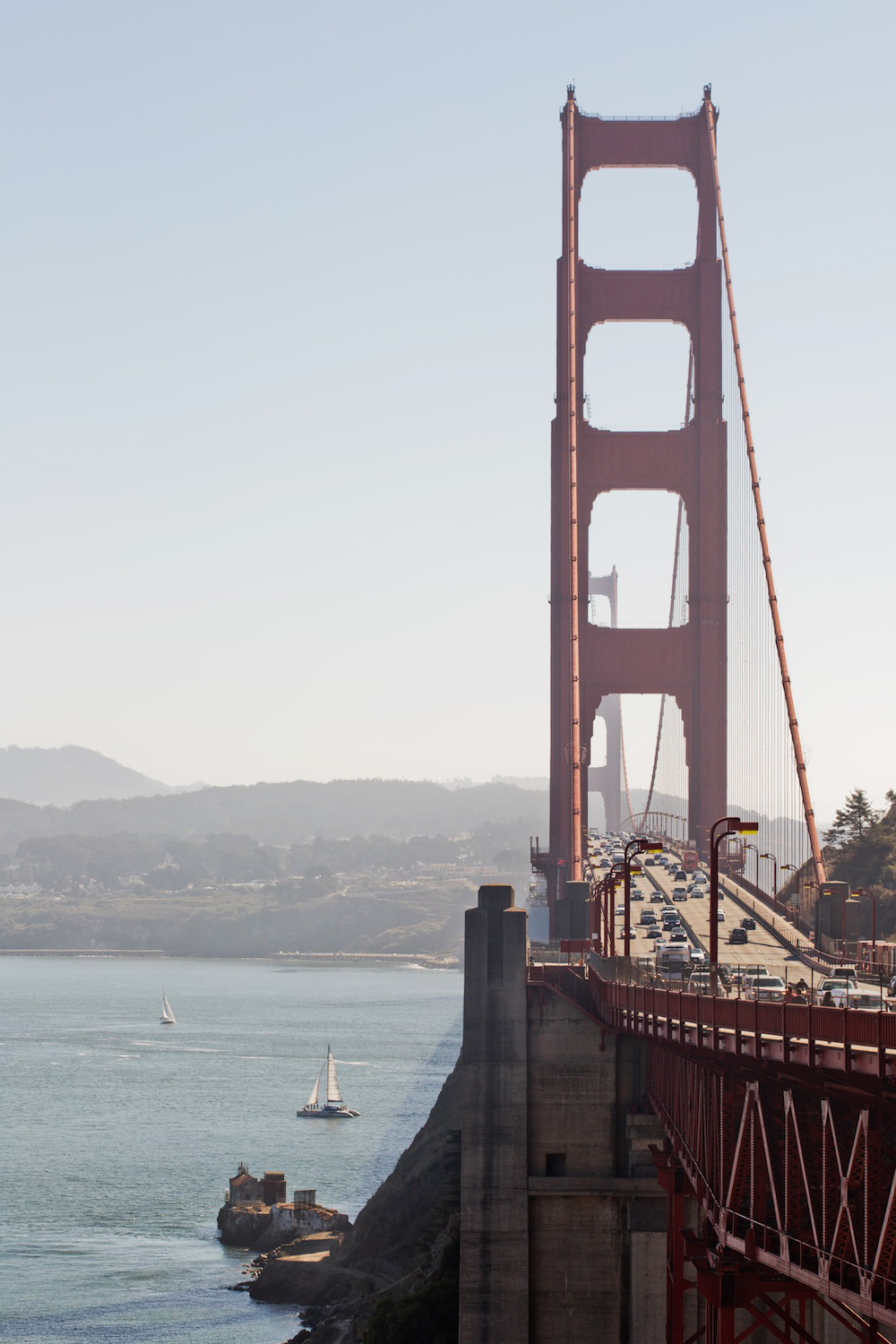 The first time over the Golden Gate Bridge – so exciting! 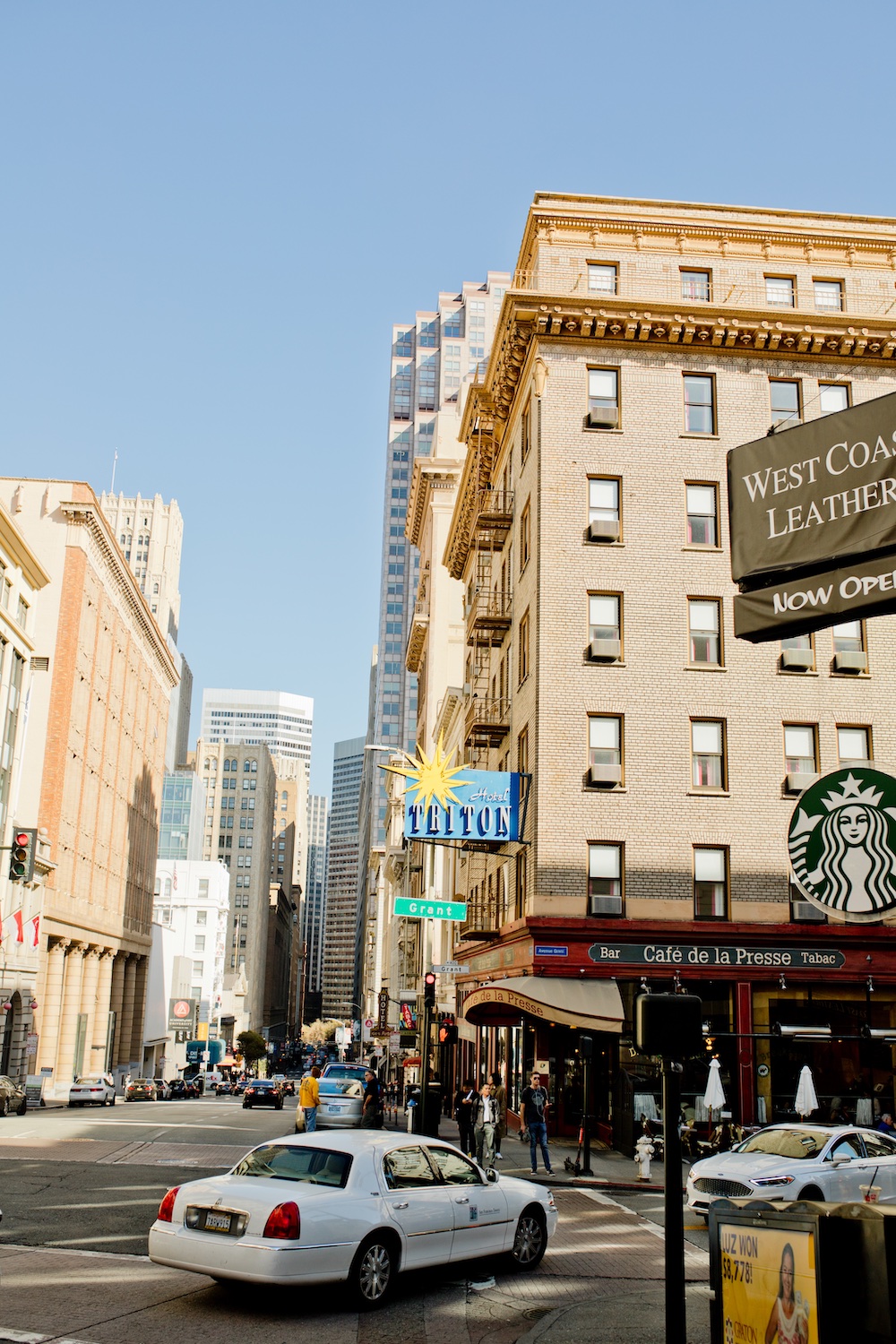 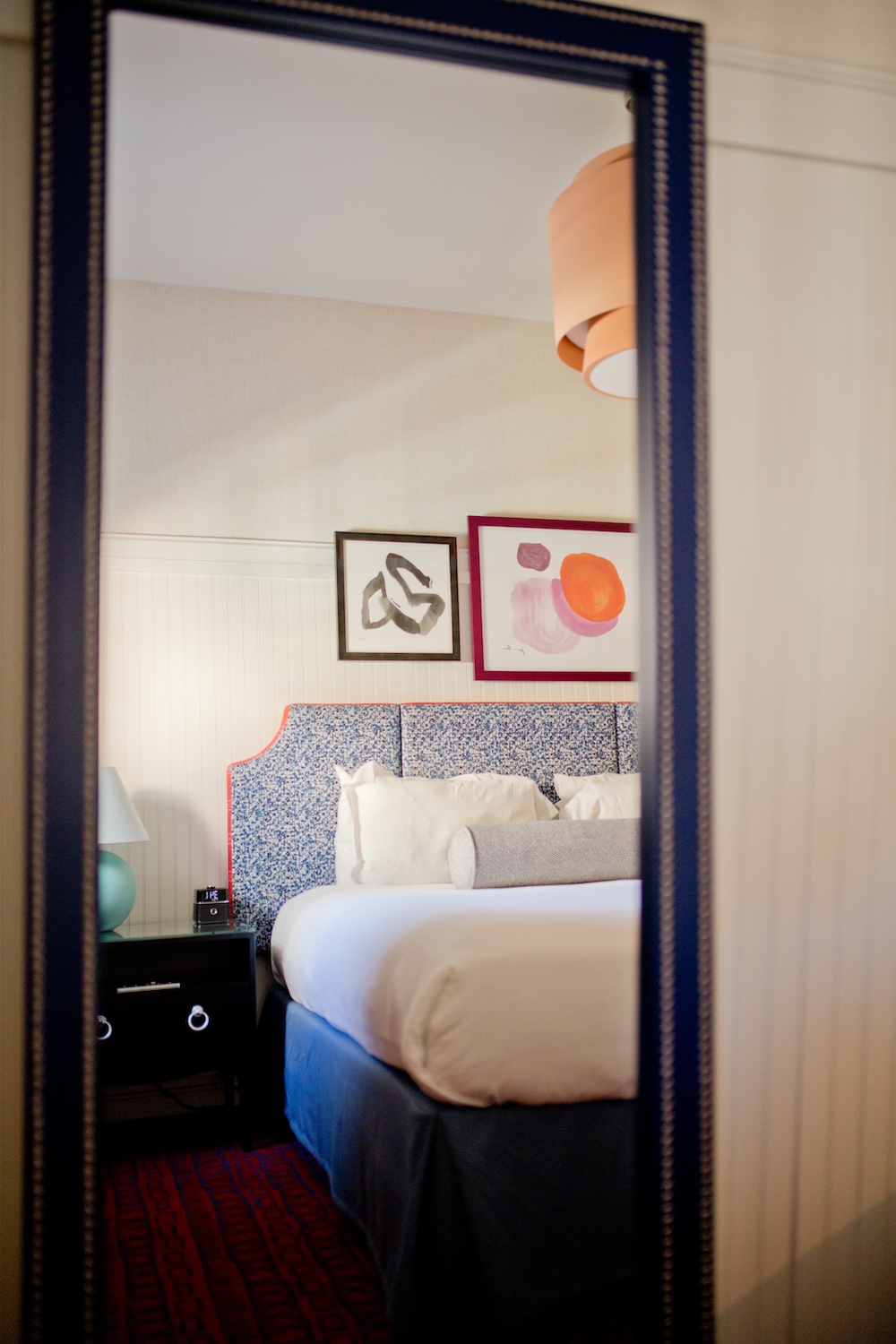 our pretty hotel in San Francisco – the Hotel Triton 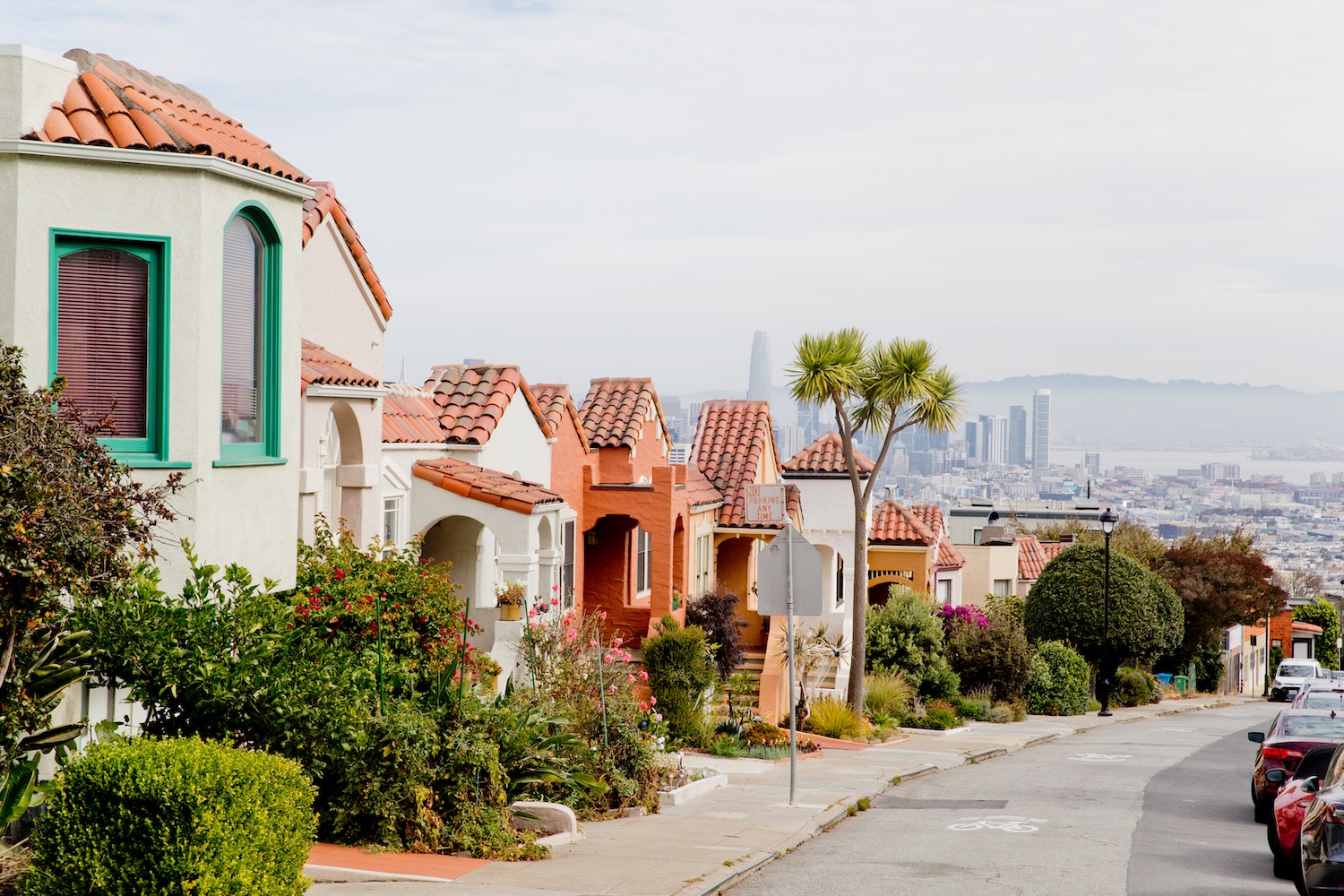 A visa, ESTA is of course very important before you start your journey. In the meantime I have been to the USA three times (1x of which I have only landed in Atlanta*), now my fourth time. The last two times I still had my 10-year visa for the USA. I mourn this a little bit, because I would have had the possibility to travel the USA for three months. Meanwhile you have to apply for an ESTA online 72 hours before the trip before entering the USA.* Of course I left this at the last minute and applied 4 days before the trip. I wasn’t very worried that my application would be rejected, but I’m a bit afraid. Something could always be. After two days I checked my status and got the approval faster than expected. Print it out quickly and put a copy in your hand luggage to be on the safe side.

* during my 2nd visit/transit to the USA I had actually forgotten that I was in possession of my 10-year visa and had applied for the ESTA twice. Strangely enough, I was not informed of this until after the return flight. For the transit one really needed a visa. Whether this is still the case, I do not know. The third time I proudly showed my 10-year visa. 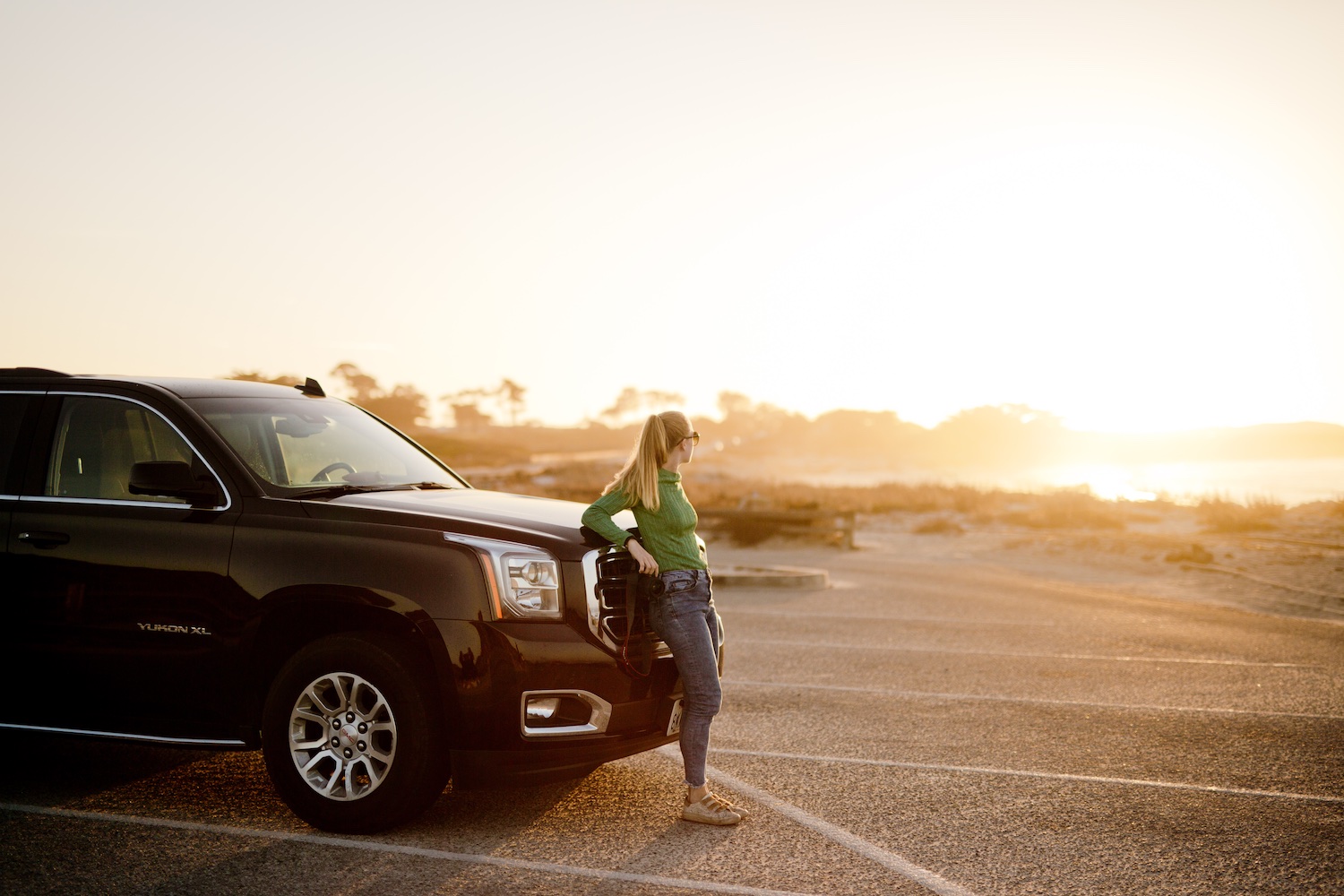 We also booked the rental car only one week before the trip. We had thought back and forth whether we would take the car from SFO or after the San Francisco stage. In San Francisco itself you don’t need a car. In the end it was almost the same price, because weekly prices are cheaper in the USA. A friend recommended Hot Wire to me, but we decided for Sunny Cars, because I already booked a car there several times and was always satisfied.

Although I am against the polluting SUVs, we decided to buy a big car. The roads are supposedly not as well built as in Germany. And remember that you spend most of your time in the car. 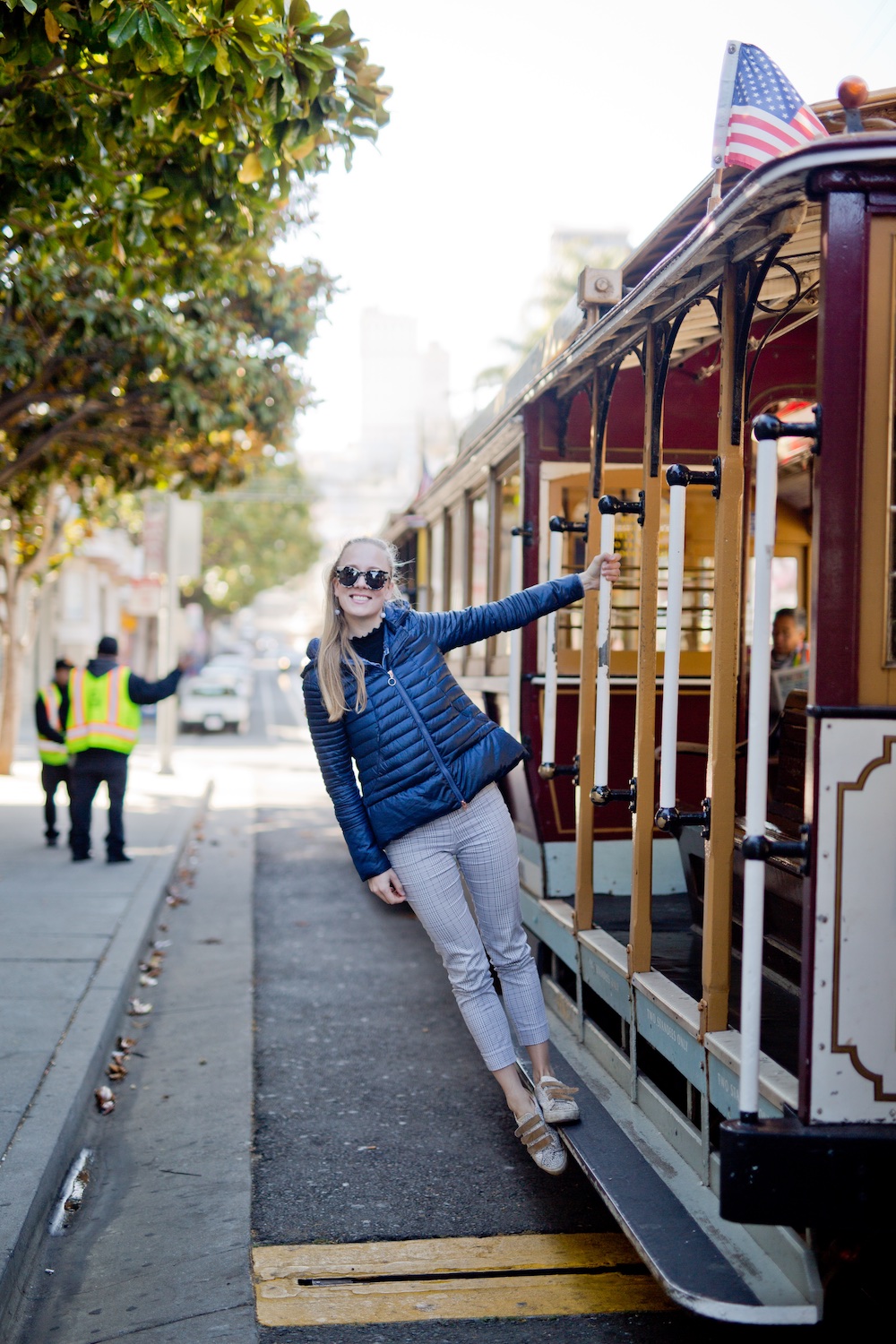 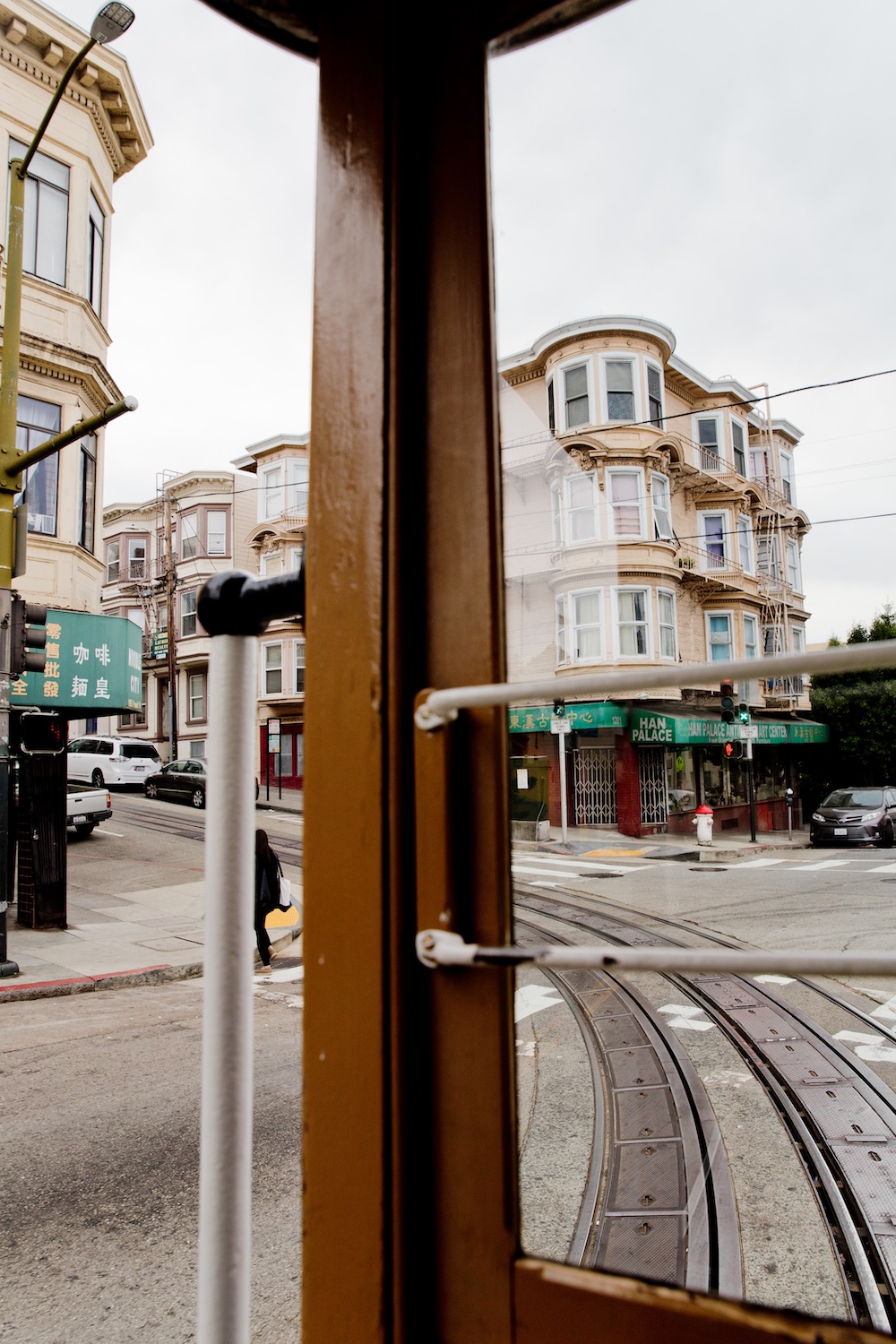 Cable Car riding is a must – it was really a lot of fun! 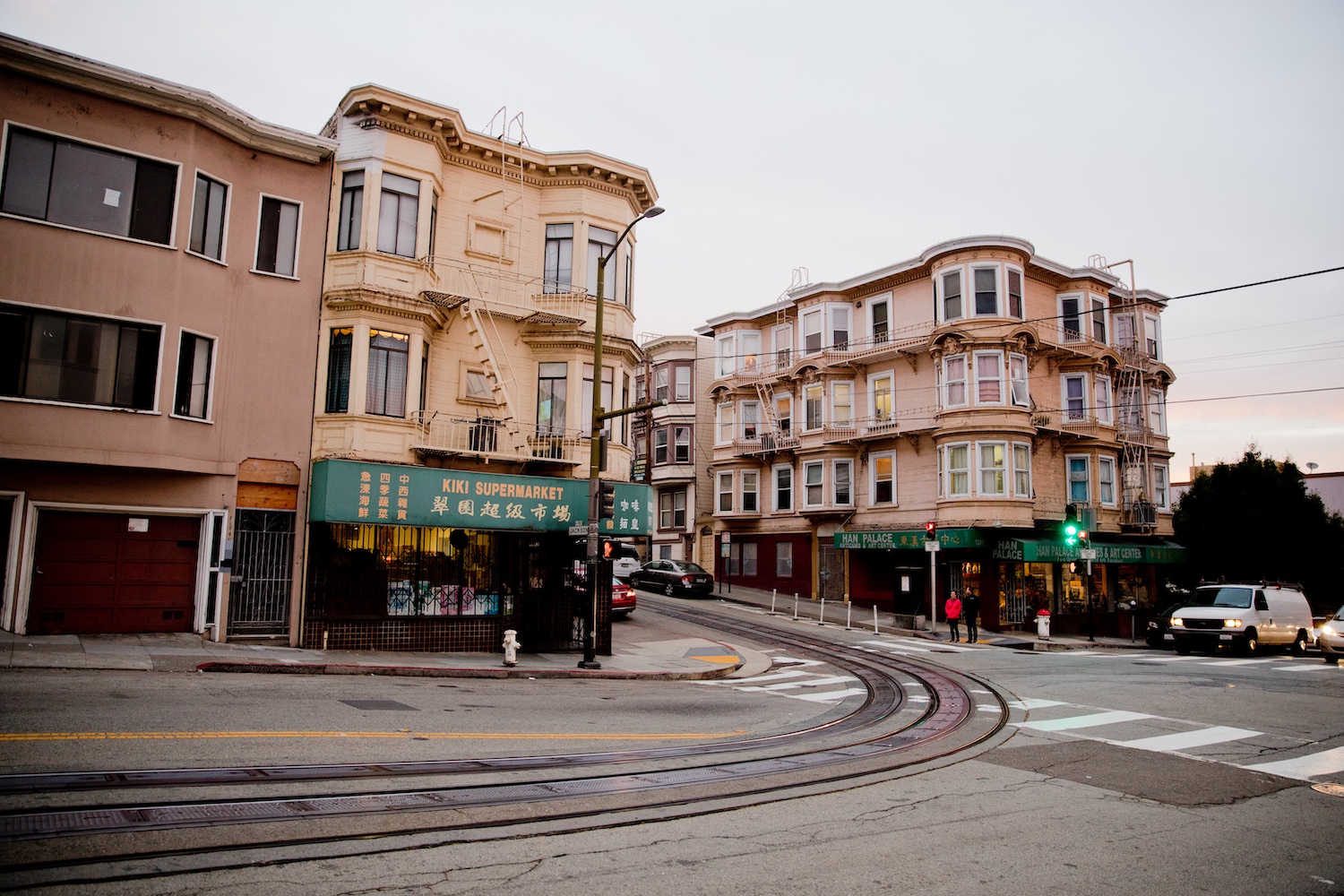 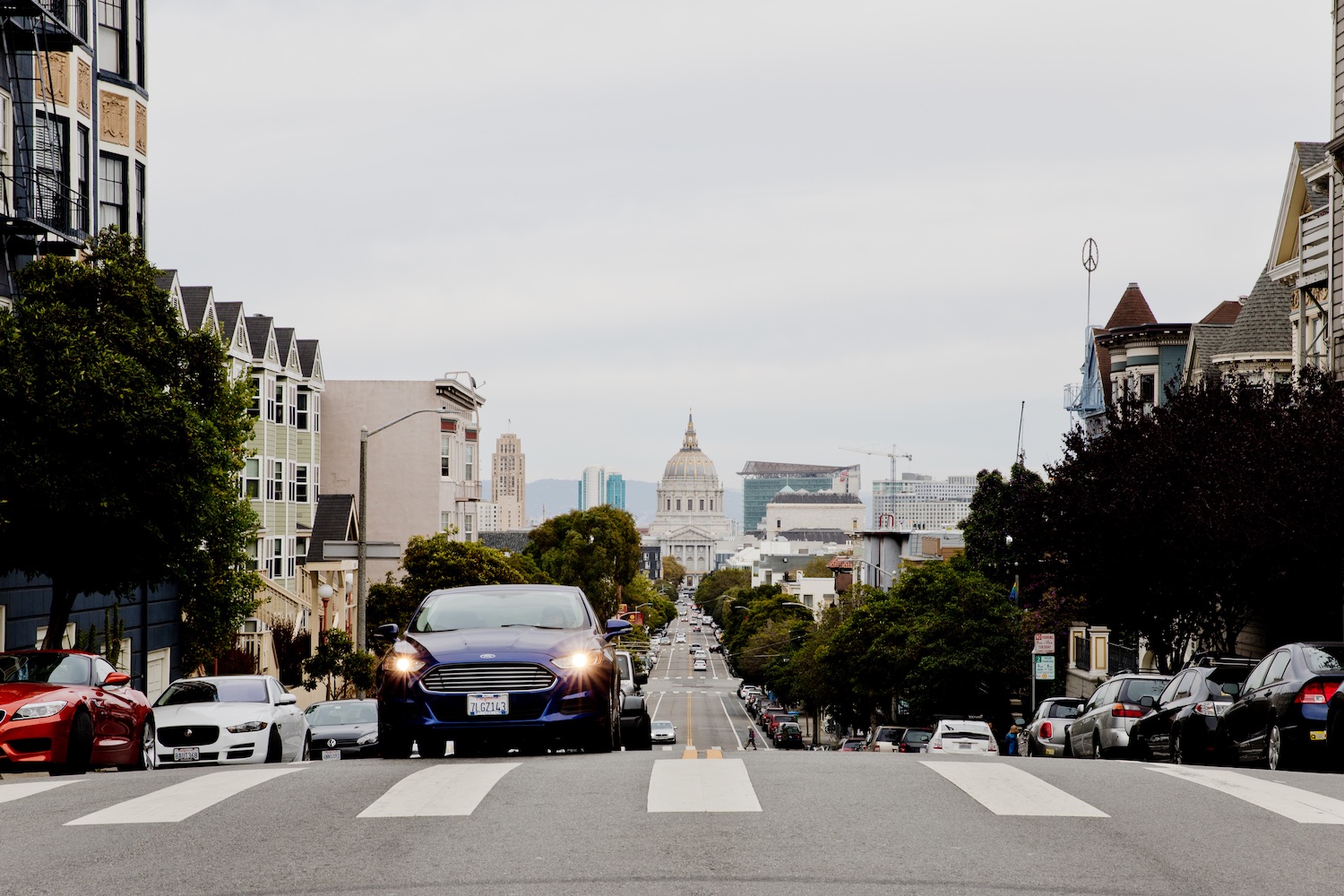 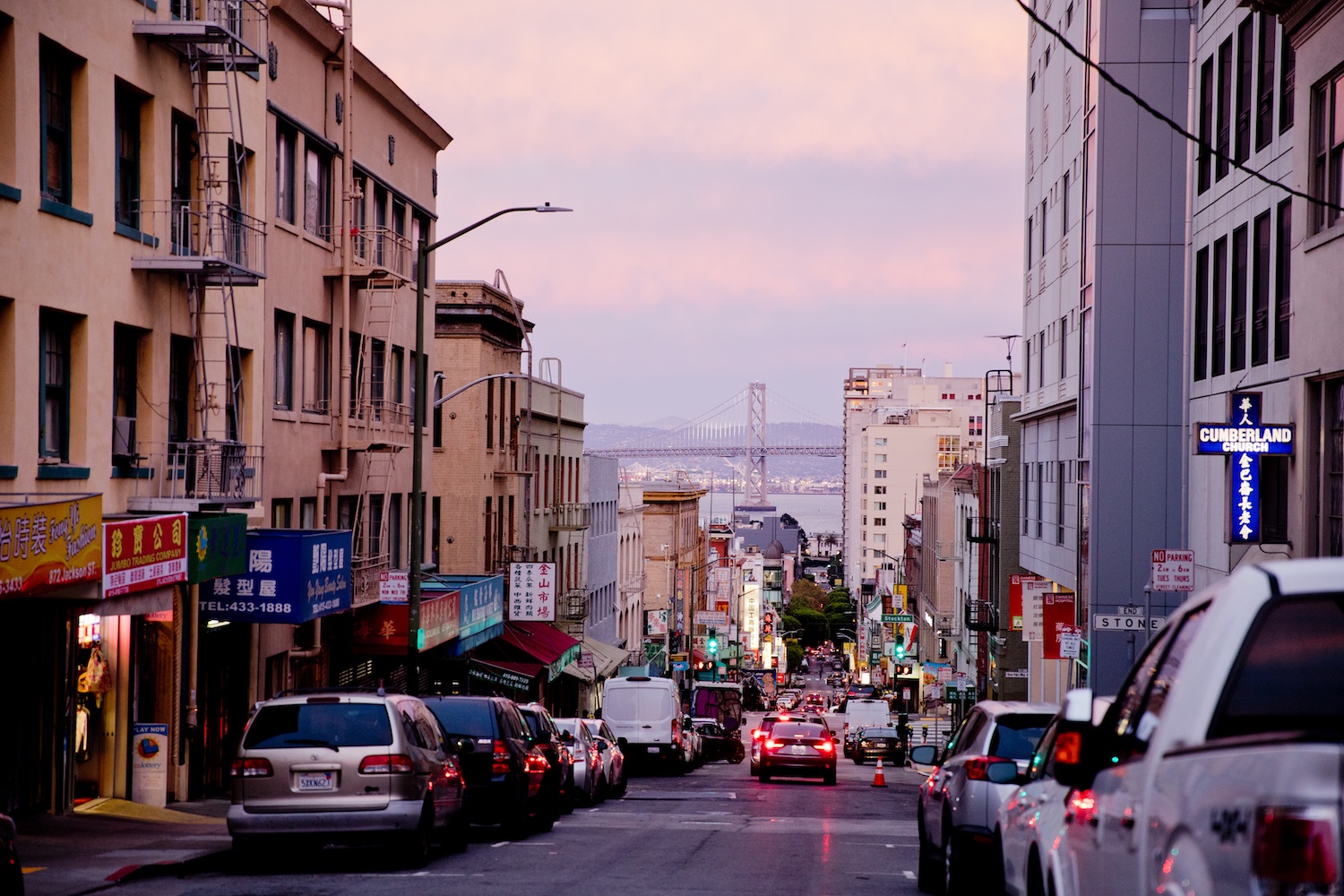 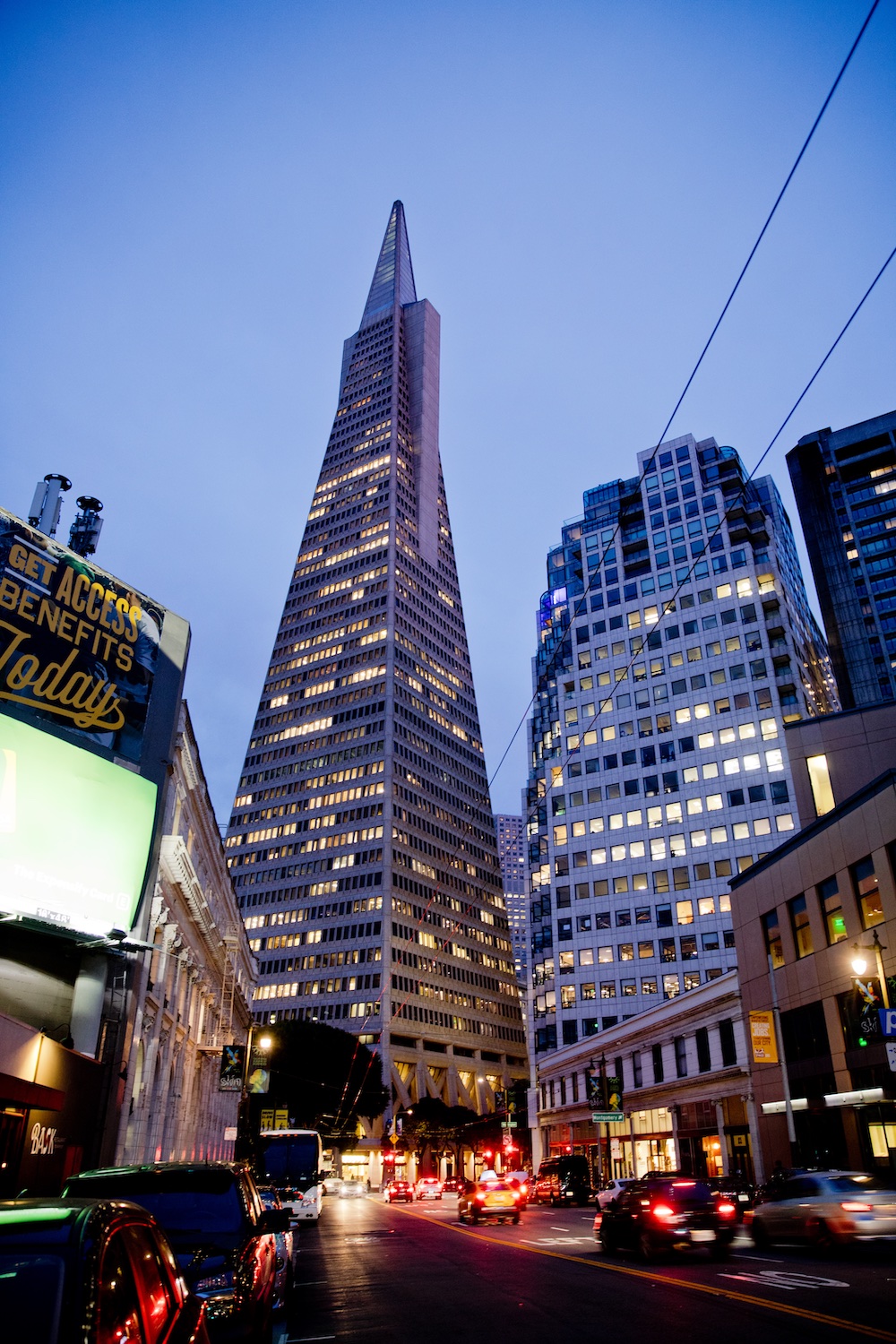 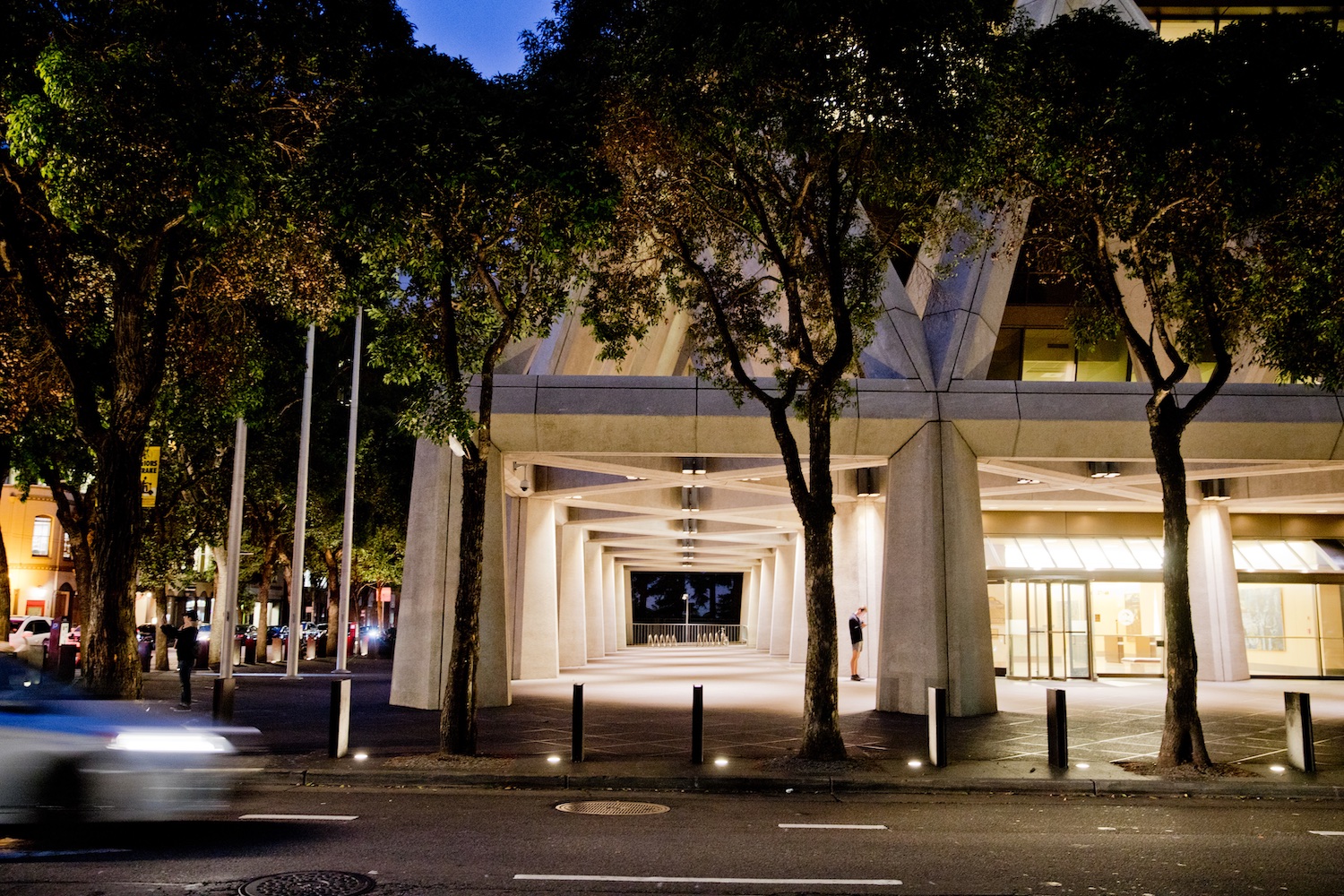 Unfortunately we had booked a bit late, so we had to skip some attractions. For Alcatraz, for example, there are no more tickets for the Night Tour, which was recommended to us. You have to book this a few weeks in advance. Also in Las Vegas there are some shows that have to be booked in time. Maybe we will be lucky on the spot. 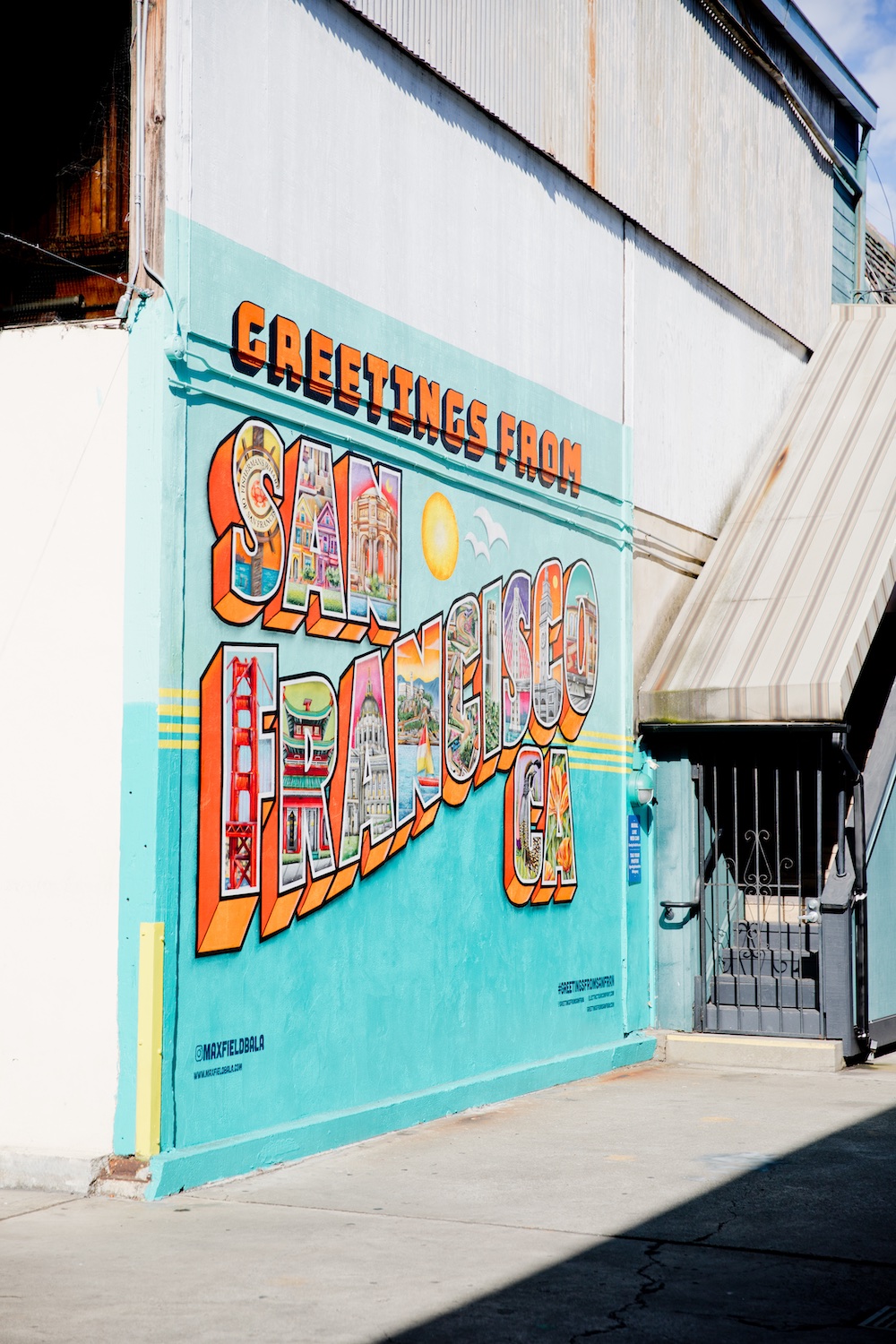 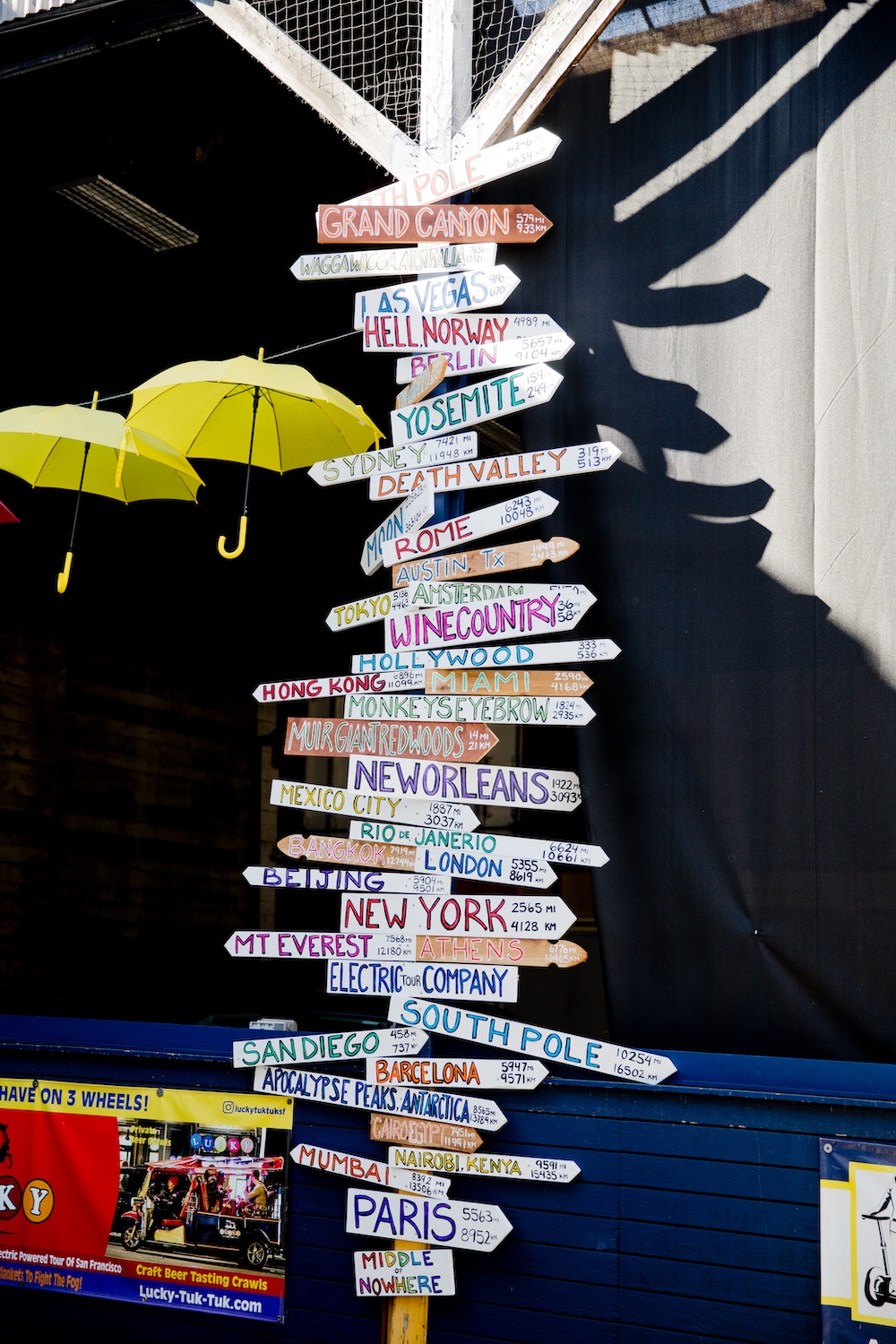 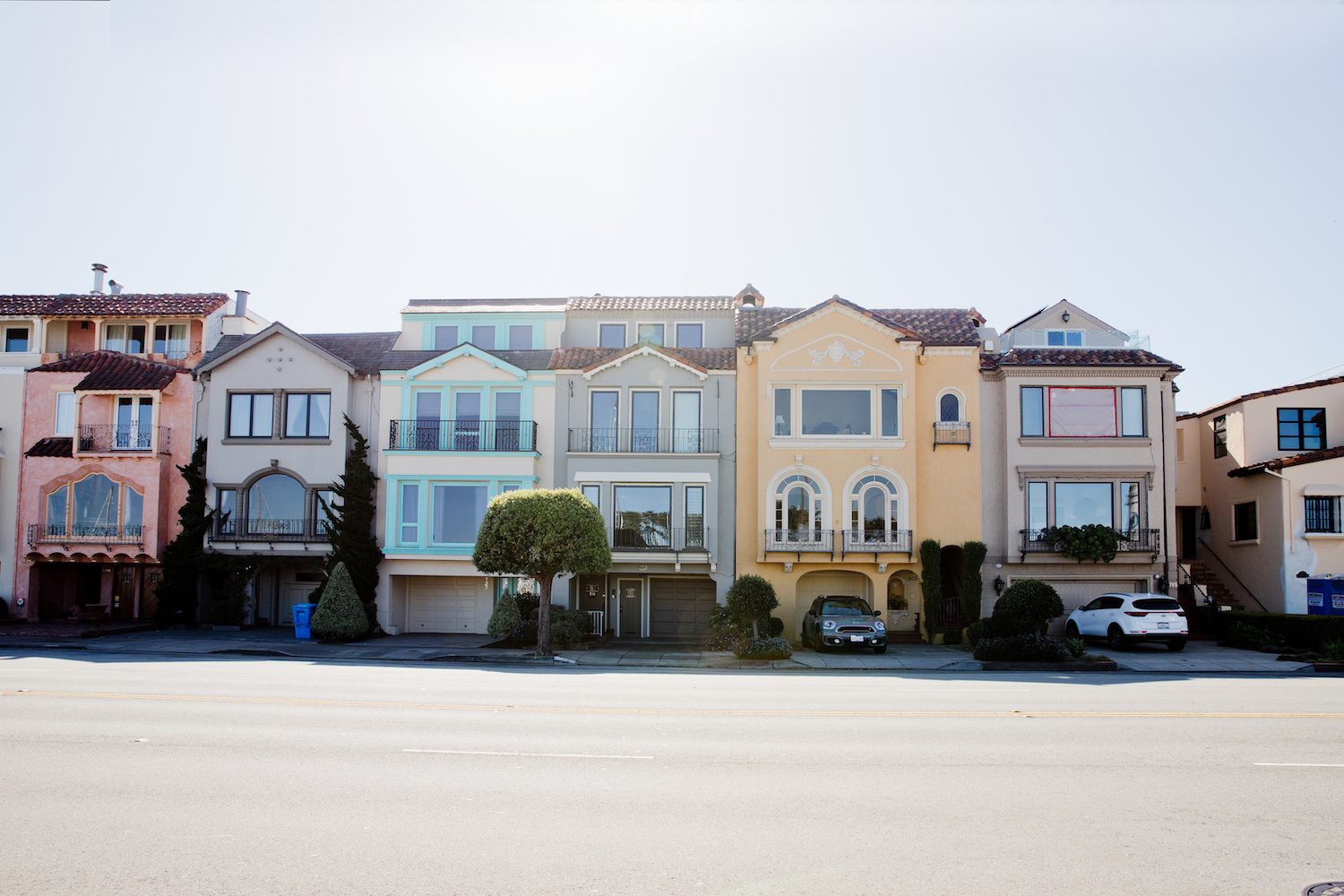 Of course I immediately collected all blogs and recommendations of my acquaintances. With each trip I create a Google Maps, which you can call up on the way (with Internet connection always very helpful). The map helps me always well to get an overview of a city. We will book hotels spontaneously, except in San Francisco. San Francisco is very popular and I’m always happy to have something planned for the first few days. It’s a better way to get into vacation mode and have one thing less to think about.

The first report on our first stage will follow soon. Above already some impressions of the first days.

I’ll talk to you later!

I wish you a nice day! 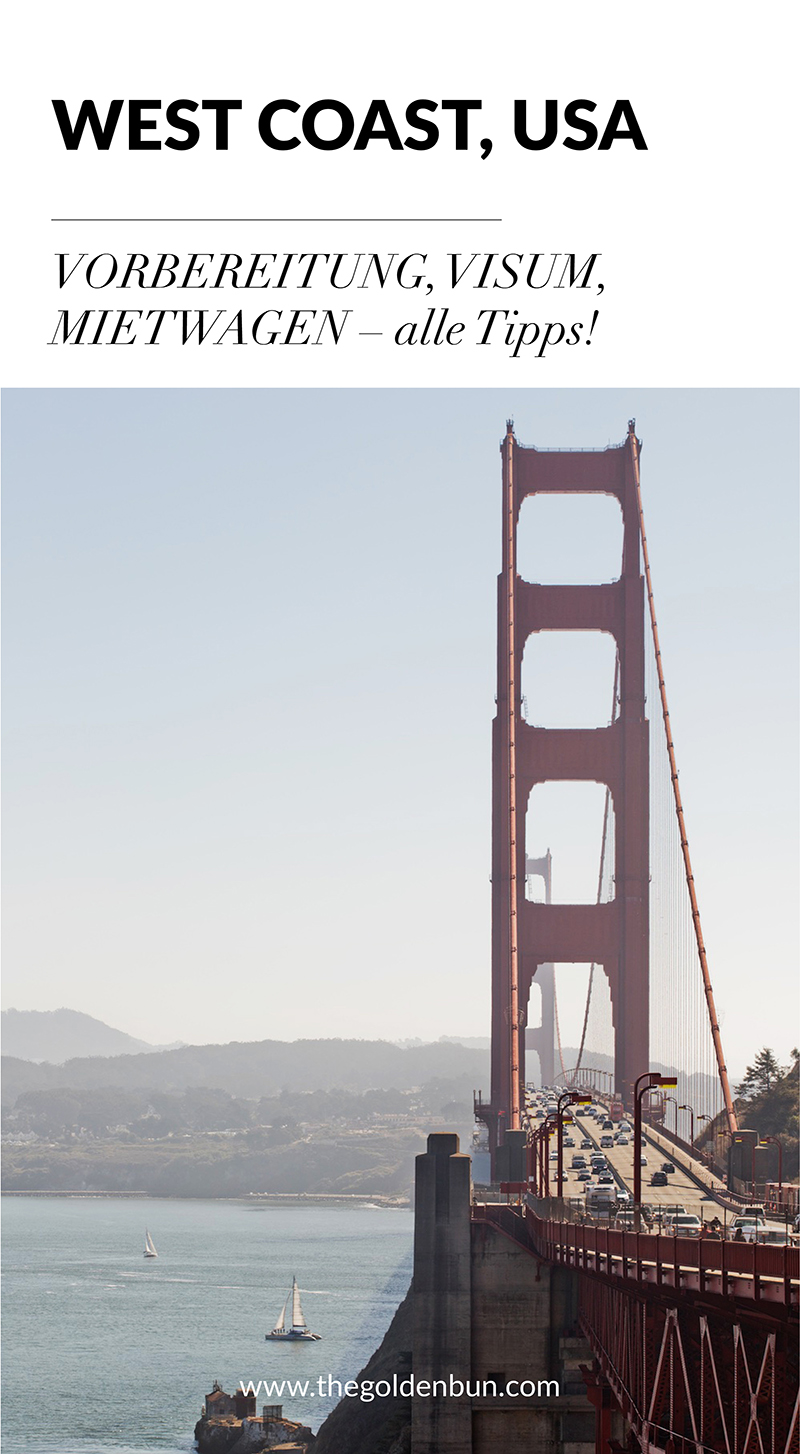 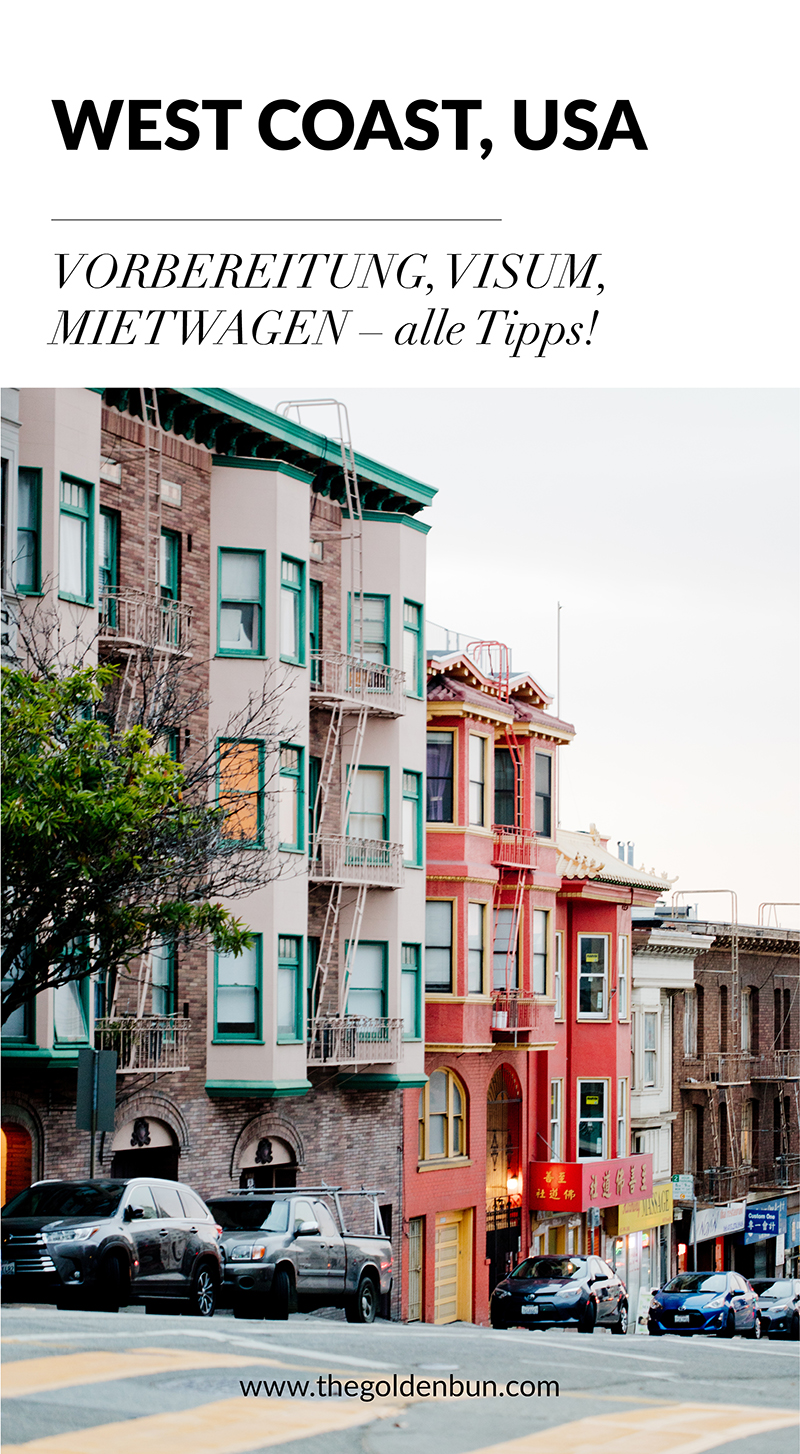 My favorite lakes in Berlin and Brandenburg