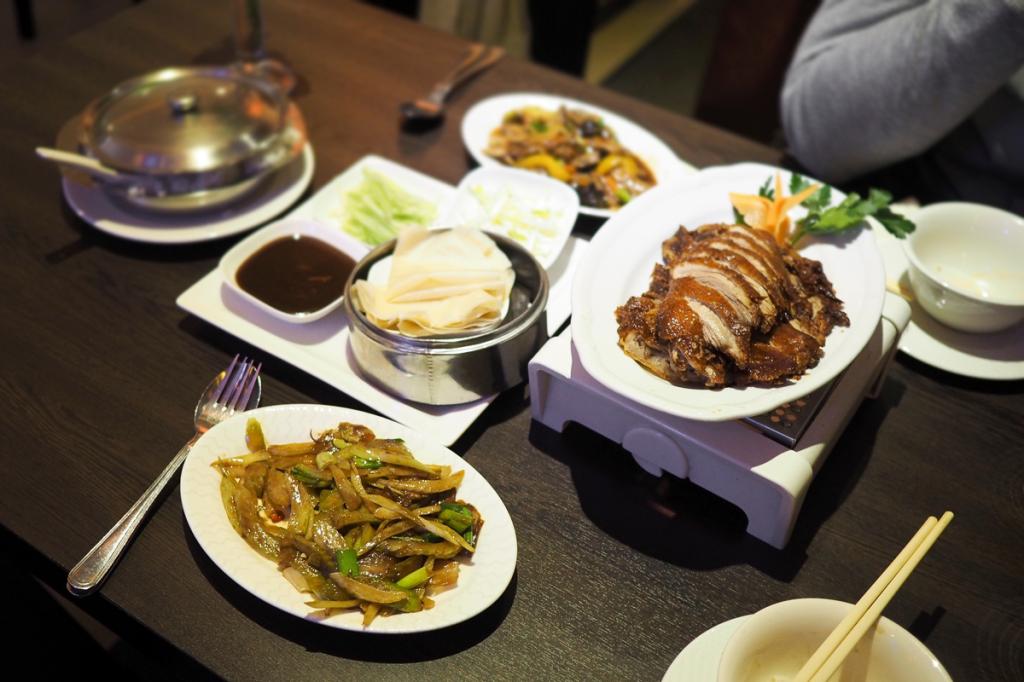 photos – moi
EN
Fuyuan. Since I tasted the delicious authentic kitchen in China it is hard to find an authentic one in Europe. Most of the times I was disappointed. Luckily, I have a good friend of mine who’s a passionate cook with Chinese origins who let’s me taste different dishes once in a while – always so delicious! Unfortunately, he hasn’t opened a restaurant yet that I could recommend you at this point. Let’s hope he’ll do so soon!

As luck would have it, we found Fuyuan. As predicted most of the restaurants were fully booked on Friday evening. Regardless we tried our best and were directed to Gyoza Bar once again. On our way we came across this Chinese restaurant which sounded delicious on the menu and offered some Sichuan dishes as well, which is known as the most typical Chinese kitchen.

The various dishes arrived quickly after ordering. As soon as the dumplings had arrived I was over the moon – so good. Next time I’ll order all types of dumplings. My boyfriend took the Beijing duck which was praised as their speciality. In Beijing I was told that the original one only exists there but as long as the taste is good it doesn’t matter for us. It was served the same way with pancakes, onions, cucumber and sweet bean sauce as I had it in Beijing. Very good as well! All in all, there is nothing more to add. Since it so close to our place it was definitely not the last time!

My favorite lakes in Berlin and Brandenburg