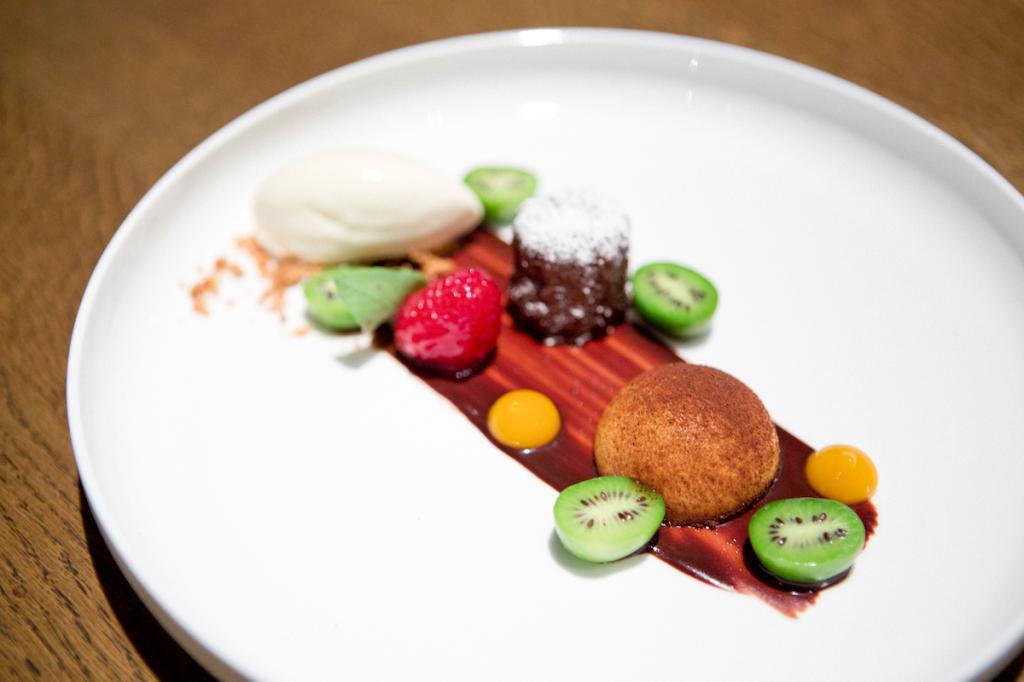 Shane’s Restaurant. As you’ve probably seen on Instagram or Yelp my boyfriend and I went to Shane’s Restaurants here in Munich last week. The restaurant has been on my list for ages and is known as one of the best ones. In fact, Shane McMahon was born in the food szene. His mother was an Austrian cook and so was his dad with Irish roots. Before opeining his own restaurant in the Schlachthofviertel, he cooked years at the Königshof followed by Tantris.

Shane’s cooking is a mixture of Mediterranean and Asian cuisine. His dumplings of our second course were to die for. He gets his inspiration from the market every day. There is nothing better for a cook than to have freedom for his creativity. Our menu was incredibly delicious and everything so beautifully served. My favorite course were the Roasted Baby Scallops, turnip cabbage, peas, orange butter. The menu tasted a lot better with the wines chosen for each dinner. The atmosphere in the restaurant is elegant but very cozy. We spent a lovely and romantic evening!In summer time they also open the terrace where they do barbecues. We definitely have to stop by when it gets warmer! Shane’s passion for barbecues is also seen on a German tv show called Beef Battle shown on Pro7 Maxx where he cooks every two weeks. Just one small tip: they not only serve a menu but you can also order delicious burger in the bar. We’ll definitely have a try next time!

Wish you a wonderful day!